7 Tips that Improved My Home and Work Life

As a financial analyst with the same company for almost 20 years, Jamon sensed that the way people are working had shifted. “What was socially acceptable back when I was in college is very different from today,” he says. “I…

As a financial analyst with the same company for almost 20 years, Jamon sensed that the way people are working had shifted. “What was socially acceptable back when I was in college is very different from today,” he says. “I wanted to make sure I was up-to-date on the current skills—that I wasn’t miscommunicating or causing offense to people in a different age group.”

So he decided to try the meQ app and discovered Cup of Calm, from which he learned about the many aspects of resilience. “Sometimes we have a set notion of how the world is or how it should be,” he says. “The Cup of Calm articles have helped me create a different perspective and think about things in a way that I haven’t before.”

Jamon soon realized that these skills helped at home, too. “These aren’t just business skills,” he says. “They’re also life skills for my kids.”

Like many of us, Jamon has had to put these skills to the test while navigating the changes of the past two-plus years. “Between raising six kids, ranging in age from teenagers to toddler, while working from home and making our home my office, it’s been a hard balancing time for us,” he says.

Here are seven tips on how he manages to keep building his resilience—both for himself and for his family.

1. He makes gratitude a family thing.

“My kids are growing up, but I see them every day, so it’s hard to tell what’s changing. I got this idea of family gratitude from a Cup of Calm article and started asking them ‘What was a personal victory for you today?’ at the end of each day. It’s a cool way to break the ice and for us all to replay the day. And when I don’t ask them, they come to me, and they’ve already scripted it out. I think it helps them notice and hold onto the good stuff throughout the day.”

2. He reserves some morning time for himself.

“I have two times that I need to get my kids out the door for school in the morning. I reserve the time in between for reading Cup of Calm articles. Sometimes I’ll share the articles—especially the ones about work-life balance and parenting—with my wife. It gives us a different approach to think about.”

“I listen to the Cup of Calm audio while I’m driving my kids to school in the morning. Sometimes they’ll even comment when they find something interesting, because they’re dealing with this stuff too.”

4. He unplugs to recharge.

“It’s been really important for us to create rules around unplugging from devices. We want our kids to be connected and not feel like they’re missing out. But some advice that I’ve gained is that the texts can wait until the morning. We try to unplug early to create a boundary. For example, we have the phones out of the room at bedtime and charge them elsewhere. I think we’ve come to really value that.”

5. He recognizes and reflects.

“I’ve discovered my personal Iceberg Belief is that I get frustrated with people when I think they’re wasting time. I hadn’t realized that this was my own internal bias. I started to ask myself why I was getting so agitated when my kids took a long time to get ready in the morning. It’s taught me to discern when I actually need to be rushing them versus when it’s okay for them to take their time. It’s definitely made me more sensitive and helped me pick my battles.”

6. He reframed his thinking at work.

“I had this Iceberg Belief at work, too. It used to lead to this attitude of wanting to just get things off my desk. Now I’m more compassionate. I’m also more sensitive in my communication—even in my emails. I’m able to communicate more deliberately, clearly, and with more thought.”

“I’ve always been an optimist. The flip side is that I can think I’ve got it all under control when I’ve bit off more than I can chew. Now, I try to have the courage to be vulnerable and open up to others about where I’m at. I try to balance that optimistic outlook with groundedness and check in with people to say, ‘Here’s where I am. What are your thoughts on this?’ Sometimes it helps just to bounce ideas off of others and make sure that I’m not just pie in the sky. I’m getting better at having the courage to ask for help when I need it.”

📧 Want to share your meQ story? We’d love to hear from you! Send us an email to: editor@mequilibrium.com. 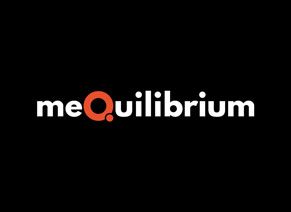